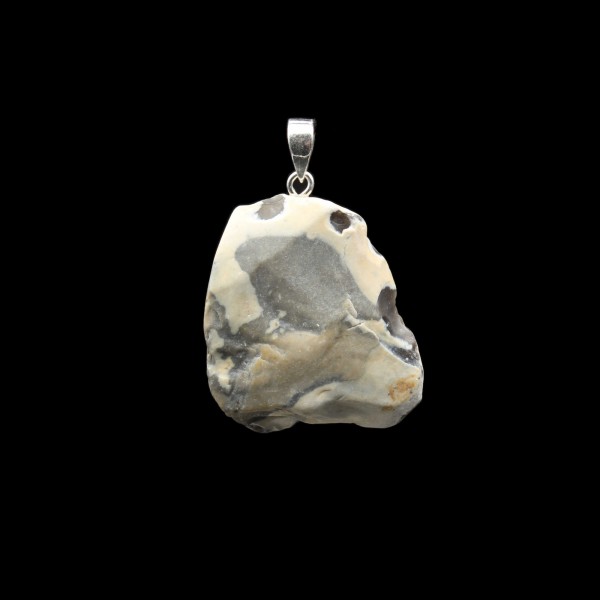 Handmade pendant made from a flint found on the beaches of the North Sea in Germany.
We kept this piece of flint in its natural form as we found it to create a unique and natural one of a kind piece.

Flint
Flint is a variation of quartz(chert) that is commonly found on many places and that played an important role in our history as flint was commonly used to light fires and it was used to create a variety of tools during the Stone Age.
The colour can range from black and grey to brown, orange or even red. These colours come from included iron or other minerals.
Due to its beautiful structures and colours, flint has been used to create jewelry since the ancient times.