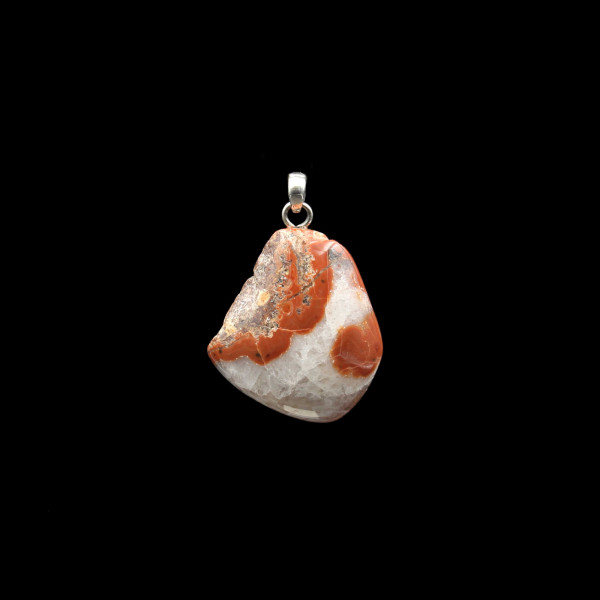 Description
Description
This one of a kind pendant is made out of a beautiful agate which we found on the banks of the... more
Close menu
Product information "Rhine Agate Pendant - Natural Form"

The agate probably originates from the area of Idar-Oberstein, the well known gemstone town in Germany.
It was probably transported by smaller streams until it ended up in the Rhine, who transported the raw agate even further away from its place of origin.
By the time we found the stone, only the core of the agate remained, the rest of the stone got washed away by centuries of travel in the river.