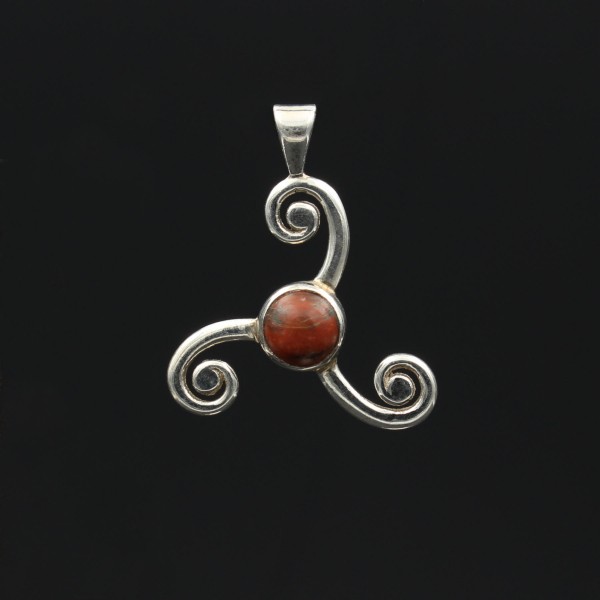 Celtic triskele pendant with a piece of hand-mined Scottish Lewisian, set in 925 sterling silver.
The triskele is an ancient symbol that represents the number 3 as well as the path of life and the triskele can be found on many ancient structures, coins and jewellery.
But it is not only a very important symbol in the Celtic mythology but also in different cultures and beliefs and can be found on many churches and on the coat of arms of cities and many people view it as a symbol of luck.